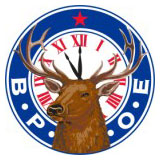 Our State Project
﻿The Minnesota Elks Youth Camp is owned and operated by the 25 Elks lodges located throughout Minnesota. Who are the Elks? The Benevolent and Protective Order of Elks of the United States of America is one of the oldest and largest fraternal organizations in the country. Since its inception in 1868, the Order of Elks has grown to include nearly 1.2 million men and women in almost 2,200 communities. The B.P.O. Elks is committed to the ideals of charity and patriotism. To that end, Elks have now disbursed over the Order's 132 years more than $2.69 billion in cash, goods, and services to the nation's youth, its veterans, the disadvantaged and handicapped, and in support of patriotic and civic programs. In the 1998-99 fiscal year alone, the B.P.O. Elks expended in such fashion over $160 million, and the Order ranks as one of the largest private providers of college scholarships in the nation. ﻿


Mission of the Benevolent and Protective Order of Elks
To inculcate the principles of Charity, Justice, Brotherly Love and Fidelity; to recognize a belief in God; to promote the welfare and enhance the happiness of its Members; to quicken the spirit of American patriotism; to cultivate good fellowship; to perpetuate itself as a fraternal organization, and to provide for its government, the Benevolent and Protective Order of Elks of the United States of America will serve the people and communities through benevolent programs, demonstrating that Elks Care and Elks Share.

Overview of the Elks
The Elks have created a quiet network of good deeds that has profoundly changed millions of lives for the better, yet there is little public awareness of the impact of their vital work. Why is this so? Quite simply, the Elks have rarely sought recognition, neither have they gone to the general public with fund-raising efforts nor received monies from any level of government. Indeed, the flow of money and goods moves in the opposite direction: the Elks donated to the government the first veterans hospital; contribute regularly to schools and police and fire departments; and assist the young and the needy throughout this great nation.

How could this powerful force have come into being? And where does all this charitable giving come from? From the generous hearts of Elks members whose willingness to share, whose prudent long-term planning, and whose time devoted to serve--for free and with enthusiasm--infuses the Order with an exuberant and enduring expression of the true volunteer spirit. Of note is that the elected leadership of the B.P.O. Elks--from the Exalted Rulers of the local Lodges to the national president, known as the Grand Exalted Ruler, and other decision-makers at the various levels--serve without salaries. The organization of the Elks is democratic representation, with overall statutes set through voting at national conventions. The B.P.O. Elks national headquarters is based in Chicago. The Chicago campus is also the site of the Elks Veterans Memorial Building; the home of the Elks National Foundation, the Order's charitable trust; the Elks National Veterans Service Commission; and The Elks Magazine, the official publication that is sent to every member of the Order.